Reviews which include the comparative view, Original research papers as well as short communications and letters on new developments and applications are welcome and are to be written in Standard English. Formatting of the manuscript with headings and Sub headings is necessary and views are to be presented clearly. New approaches are mainly in interest.

Topics of interests include

The importance and need for this special issue:

Welcomes submissions to the thematic concept on "Essential Soil Microbes Uncovered by indirect Methods"
The study area:
The chemical aspect prevails in the concept of soil fertility. The presence and effects of the microbial populations that swarm about in the brown world are basically ignored to a great extent. The only feared and studied aspects are the negative ones, due to root pathogens and soil fatigue. Nowadays, positive microbes, related to beneficial agronomic contributions, such as Arbuscular Mycorrhizal Fungi and Plant Growth Promoting Bacteria, are beginning to appear in almost all advanced agriculture models, but mainly in those labeled as greening ones, but such microbes are looming on the horizon of human health. Their pathway is steeply uphill, and the goal is still distant because the results are sometimes variable and uncorrelated when transferred from laboratories to real soils. All the more reason why, in less intensive production systems, such “good” microbes should be a flag of the soil fertility mechanisms at play in the restoration process and the green carbon sink. However, practical knowledge of the real microbial biodiversity in cultivated soils is a distant shore. Agronomic sciences deal with this complexity with means that are too sophisticated and expensive for economic and transferable practice. In precision farming operations, the soil biota is “dark matter”. The problem with microbes is that they are small (as the name implies), but above all, they are many and very different from each other. Therefore, if the long route is closed, is there no hope of a shortcut? The answer is, yes. Quick ways do in fact exist to indirectly evaluate the microbe functionality of soil.

The microbes in the soil can be imagined as being like an orchestra. A "terroir" can sound like a "Metropolitan Opera" and a fatigued soil behaves like a musical band (an orchestra without strings). Even if they play the same score, the difference is beyond comparison. Now imagine comparing the two groups, but this time only the trumpet soloist or the bass drum is playing: the differences become smaller. When we intervene on the soil with other microbes, the music changes according to the quality of the new instruments: if it is a matter of a few powerful and perhaps overbearing but tuned instruments, the result will still be a melody; if, on the other hand, there are several new elements that clash, the whole orchestra will fall into chaos.

The first shortcut published in JAR refers to the Litterbag-NIRS method [1,2]. In this way, we observe the degradation of a standard forage, ground to 3 mm, buried in cultivated soil at a depth of 10 cm for 60 days, by scanning its NIR spectrum, without the need to prepare a sample, and more importantly, without the need to weight the samples: only spectra are needed. A smart device allows a quick and cheap analysis to be made, provided that a limited number of replicates are foreseen. The simple algorithms included in this device are able to define the average characteristics of a group and the variability present in a given soil. The group can be compared with others in a simple comparative model (group fingerprinting of i.e. conventional vs. organic), or with evolved templates. And this is where the reference to the microbial orchestra plays a role, because the substances identified in the litterbag, by means of NIRS, depend on the microbial populations that processed them. In particular, it is possible to uncover the population of r-strategists (fast microbes that transform easily attackable substances, like Acid Detergent Fiber, Indigestible Neutral Detergent Fiber, crude fiber, cellulose, lignin) and the population of k-strategists (microbes that transform less easily attackable substances, like ash, in vitro total digestibility, crude protein, hemicellulose). Furthermore, valuable information can be obtained from the Litterbag-NIR spectrum pertaining to some neuralgic properties of the soil, such as the respiratory activity, the N forms, and the mycorrhizal type.

Another indirect approach to soil microbe functioning is the Bioelectricity approach[3], which, however, is a somewhat laborious method.

Even the simple foliar pH is linked to the mycorrhizal type[4].

Imagination and technologies will certainly stimulate unconventional new methods that could fall within the present editorial proposal, but there is the risk of patentability. Therefore, we aim to gather a group of followers of these indirect methods and we appeal to those who think outside the omics logic: People of good will who are willing to learn about soil microbes through a frugal method: The Litterbag-NIRS.

Submission Instructions: All submissions will undergo peer review and accepted articles will be published in the Journal of Agronomy Research (ISSN: 2639-3166).

Topics of interests include

Reviews which include the comparative view, Original research papers as well as short communications and letters on new developments and applications are welcome and are to be written in Standard English. Formatting of the manuscript with headings and Subheadings is necessary and views are to be presented clearly. New approaches are mainly in interest.

To cover the costs of publication, an Article Processing Charge is essential and the charge levied for each article of any type upon acceptance is $900 USD.

The importance and need for this special issue:

Welcomes submissions to the thematic concept on 'The importance of water harvest and spread technique in arid and semi arid zones
"Case study of El Jebelein Locality-White Nile State – Sudan"'.
The study area:
ElJebelein locality, the study area is located in the White Nile State. The area is a vast plan, gently sloping from east to west, with limited scattered mountains like El Jebelein, Kodi, Noree Mountains. The area is situated at latitude 13 10 51.1 North, longitude 32 44 24 East.The soil is dominated by cracking clay soil. Sandy soil is found in eastern part of the town.

The study area lies in dry zone. It receives an average annual rainfall ranges between 2500 - 400 mm (Department of Climatology, Kosti, 2012).Thus, it is a fragile ecosystem, with limited capacity to adjust climatic change (Obei, et al., 1999).It is featured by high temperature, irregular rainfall, frequent spells of drought, increased evapo-transpiration, run-off and land degradation (Haroun, 2012).
ElJebelein locality witnessed a flux of returnees and a huge number of livestock following the separation of South Sudan in 2011. The number of returnees is almost equal to the already existing population of this locality. The returnees suffer a lot. They have neither access to arable cultivable land nor enough grazing land. This situation resulted into critical living conditions.
Problem statement
The growing number of both, the population and the animal resources in dry land, added more pressure and gave new dimension to the issues of food production. In the dry land, insufficient rainfall and uneven distribution during the wet season lead to crop failure and development of poor grazing pasture. The situation became critical because there is no possibility for irrigation expansion, the only option is the rain- fed farming. This option directs the interest mobilize and manage the rainfall water to increase the moisture and improve food security, range situation and forests under rainfall.
To a achieve these objectives, water conservation strategies will be introduced as possible alternative for improving sustainable crop and range production under rainfall in dry land.
The natural resources base in the study area:
1. Vegetation cover. This includes scattered shrubs such as Cadaba spp Acaica, nubica, Acacia seyal, Acacia mellifera, and Acacia nilotica along the White River in addition to short grasses flourishing poor grazing.
2. Water resource: rainfall, seasonal streams, some water reservoir and the White Nile constitute the main sources for irrigation and drinking water.
3. Human resource: Different tribes and ethnicity live in this area, such as Taisha, Nazee, Musalamya, Lahamda, Sabaha, Musadab, Bartee, Falata, Bargo, Tama, Masleet, Zagawa, Salamat, Habania, Rezigat, Kebeshab, Beni Halba and some tribes from South sudan, particularly, Shuluk and Nuweeer. The total population is 160,355 including the returnees (70,000) (Report, 2012).
4. Animal resource: This includes cattle, goats, sheep and camels. The number of livestock is 8 million head (Report, 2012).
Land use in El Jebelein locality: This includes the followings:
1. Agriculture: About 80% of the population is engaged in farming. three kinds of agriculture are practiced:
a. Rain-fed farming. It comprises:
- Large scale (Commercial) mechanized agriculture. The holding range between 500- 1500 fed. It is characterized by low yield due to rain shortage during the growing season. The main grown crops are sorghum, sesame, and sunflower.
- Traditional farming. It is characterized by fragmented small holdings, ranges between 5-25 fed. The main crops are sorghum, sesame, maize beans etc.
b. Irrigation agriculture. This includes the pump schemes, garden pumps, and sugar companies. The grown crops are cotton, sugar cane, sorghum, maize, and horticultural crops.
c. Flood agriculture. The main crops grown under this system includes rice and vegetables.
Submission Instructions: All submissions will undergo peer review and accepted articles will be published in the Journal of Agronomy Research (ISSN: 2639-3166).

COLLAGE 360: A Model of Person-Centered Care To Promote Health Among Older Adults

Energy conservation is not about making limited resources last as long as they can. Most of our energy use comes from fo...

Journal of Plant and Animal Ecology is a peer-reviewed, Open Access journal that circulates articles concentrating on be...

International Journal of Limnology encourages papers on the ecology of freshwater systems, varying from studies of aquat... 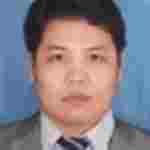 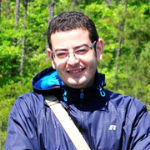