We report the case of a 22 year-old-male patient affected by Sotos syndrome was preoperatively and urgently evaluated for tracheal stent implantation due to respiratory insufficiency caused by idiopathic tracheal stenosis.

Letter to the Editor

A 22 years old male affected by Sotos Syndrome underwent urgent preoperative cardiologic evaluation for an endoscopic tracheal stent implantation because of a respiratory insufficiency due to idiopathic tracheal stenosis.

Two month before he was discharged from another Hospital with diagnosis of pericarditis and apical hypertrophic cardiomyopathy.

At physical examination he presented the common features of Sotos syndrome: characteristic facial appearance, a moderate to severe delayed cognitive and motor development, a severe kyphoscoliosis, epilepsy anamnesis and respiratory tirage due to “idiopathic tracheal stenosis”. 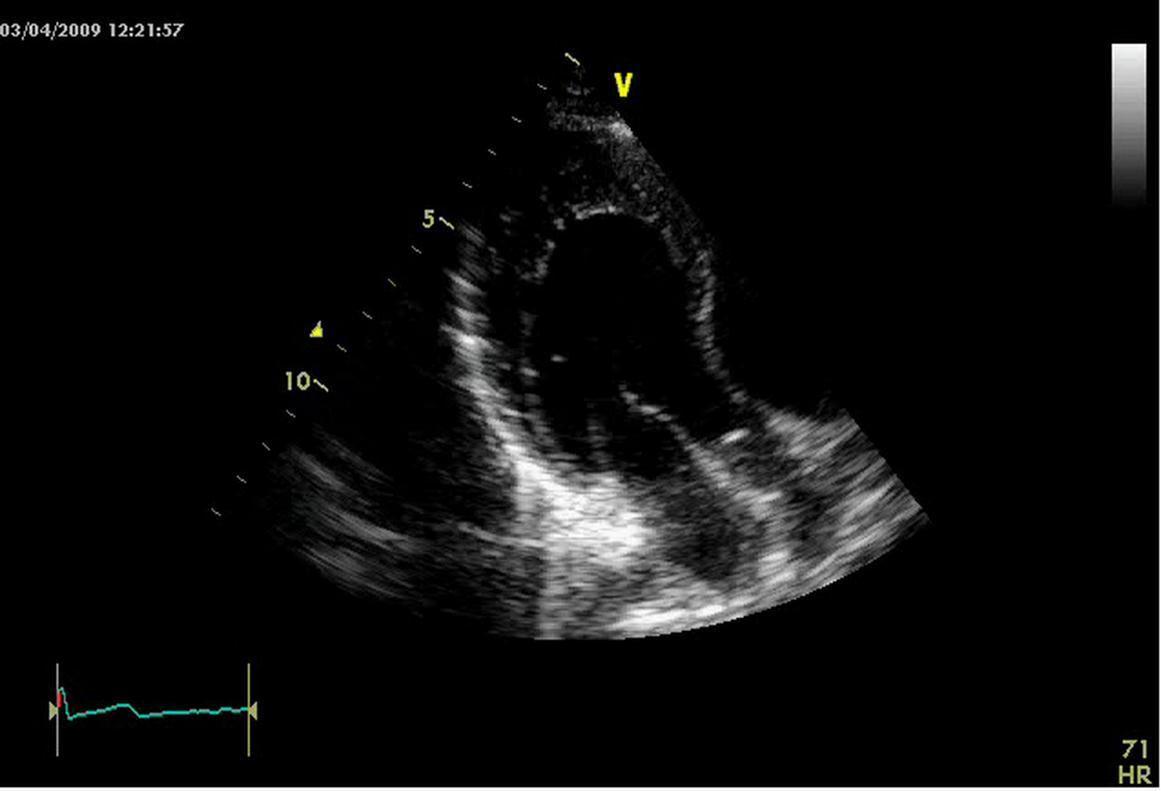 Left ventricular ejection fraction was normal and any other pathology was excluded.A successful tracheal stent implantation was performed and he was discharged in good condition after two days. Cardiac MRI was not promptly performed because of his psycho-physical condition and recent stent implantation as well as electrophysiological study (because he was asymptomatic). Clinical, echocardiographic and Holter monitoring follow up had been planned. Genetic tests are still in progress.

Informed consent was obtained from the patient and the study conforms to the ethical guidelines of the 1975 Declaration of Helsinki.

It is due to a mutation or deletions in NSD1 gene located at chromosome 5q35 (discovered in 2002) and coding for a histone methyltransferase implicated in transcriptional regulation This genetic alteration account for more than 75% of cases 4, 5.

According to heart related diseases, Sotos syndrome shows atrial and or ventricular septal defects, patent ductus arteriosus, truncoconal anomalies in 25% of cases. Nevertheless, at the best of our knowledge only one case is associated with ventricular pre excitation 6, and 2 cases 1, 2 with ILVNC.

ILVNC is a myocardial disorder maybe due to failure in compactation process during myocardial embryogenesis; in 2006 the American Heart Association classified ILVNC as a genetic cardiomyopathy 7. Despite genetic heterogeneity, its inheritance is autosomal dominant/ recessive in adult, X-linked in children. Some cases are caused by the loss of cardiac specific gene, named CSX, mapped on 5q chromosome, thus the same involved in Sotos syndrome 8. Furthermore, subtelomeric defects account for facial anomalies. Alterations in subtelomeric sequences of chromosome 5q can be outlined both in Sotos syndrome 9 and ILVNC.

Association of Sotos with ventricular pre excitation is more difficult to explain than Sotos – ILVNC one.

The triple association may be a purely random event; nevertheless genetic studies are still in progress in order to better define the role of NSX and CSX genes and other encoded from long arm of chromosome 5 in this novel and intriguing association. If the results of such research are confirmed, it will be necessary to carry out targeted diagnostic investigation in all Sotos patients in order to exclude or demonstrate the presence of cardiac abnormalities.