Current Issue Volume No: 2 Issue No: 1

The objective of this study was to evaluate the efficacy of patent haemostasis in avoiding radial artery occlusion after transradial catheterization.

Radial artery occlusion is an infrequent but discouraging complication of transradial access. It is related to factors such as sheath to artery ratio and is less common in patients receiving heparin. Despite being clinically silent in most cases, it limits future transradial access.

Since the first successful diagnostic transradial coronary catheterization by Campeau in 1989 and the first transradial percutaneous coronary intervention (PCI) by Kiemeneij in 1993 , the radial artery has been increasingly used as an access site for coronary procedures, because of lower rate of access site complications, shorter hospital stay, improved patient comfort, and safe haemostasis compared with transfemoral access. Radial artery occlusion is one of the few post procedural complications of Trans Radial Angiography (TRA) 1. Though it does not harm the patient but subsequesent same site TRA is not possible. Repeated cannulations predispose to occlusion 2. There are many other factors associated with radial artery occlusion (RAO) in previous observational study mainly the size of the introducer sheath 3, 4, the ratio of the arterial diameter to the sheath 5, and heparinization 6. Physicians try to prevent and treat radial artery occlusion by antithrombotic but still around 7-12% patients developed plethysmography documented RAO which is higher than the clinically documented rate. This difference between clinically documented rate and plethysmography documented rate is due to the fact that the occluded radial artery distal stump may have up to 70% of mean arterial pressure because of macro collateral circulation from the palmer arches 7, leading to a palpable pulse. Hence palpation of radial pulse does not imply radial artery patency. Barbeau’s test uses Plethysmographic method to evaluate radial artery patency. It has extremely high correlation with duplex Doppler ultrasonography and hence is very accurate. For prevention of RAO there are many improvements done in the hardware like use of Hydrophilic introducers and lower profile equipment. But the most important measure to prevent RAO lies in its pathophysiology. It has been shown that at the time of haemostasis if the flow at the site of puncture is interrupted it will lead to formation of thrombotic plug. So maintaining flow at the puncture site at the time of haemostasis known as a patent haemostasis may decrease RAO 8, 9, 10. Hence a randomized control study was conducted with the following objective.

Primary objective is to assess the difference in number of cases who developed radial artery occlusion among the patency documented haemostasis group and traditional haemostasis group after Trans radial catheterization at 24 hours and 30 days.

This hospital based randomized interventional study was conducted at department of Cardiology, SMS hospital, Jaipur.

Exclusion criteria; Patients on Coumadin therapy, thrombocytopenia (because both the groups are at higher risk for bleeding complications), patients presented with acute coronary syndrome, patients planned for PTCA (because in both groups amount of anticoagulant varies and anticoagulant is one of the factor which can affect the outcome), abnormal Barbeau’s test (at risk for ischemic complication of hand) and those for an a-priori transfemoral approach.

The previous year observation in our setup revealed 25% cases (61 out of 240 cases) of trans radial angiography with traditional haemostasis method developed Radial artery occlusion, we expect 4 times reduction (i.e. 6%) in occlusion rate with patency documented haemostasis method (in PROPHET study RAO rate were 7% vs. 1.8% in respective groups) (8), to verify this hypothesis at 95% confidence interval and 80% power, the required sample size would be 62 in each group. This was rounded up to 65 for our study. 130 eligible trans radial angiography cases who met the inclusion criteria were considered for study on first cum first basis. They were randomly allocated to traditional and Patency Documented Haemostasis method using ‘Envelop method’. Randomization and intervention were done by the physician other than investigator. Patients were unaware about the type of haemostasis method to which they were randomized. The first case was enrolled on 2nd April 2012, last case was enrolled on 26th February 2013, first follow up was taken on 3rd April 2012 and last follow up was taken on 28th March 2013. A Barbeau’s test was performed at baseline for presence of dual circulation and patency of palmer arch. All enrolled patients had patent dual circulation and palmer arch. Twenty-four-hour and 30-day follow-up was completed in both groups. Analysis of the outcome of all the participants was done as per their original assigned group. The techniques for traditional and ‘‘patent haemostasis’’ are described later. All patients provided informed consent. All the patients were available for complete planned follow up (30 days).

After sterile preparation and injection of 2% lidocaine at the puncture site, a 20-gauge Teflon catheter was used to enter the radial artery using Seldinger technique, with through-and-through puncture. The stylet was removed and the system was gradually withdrawn. Upon appearance of pulsatile flow Terumo 0.02100 guidewire was placed in the hub of the cannula, the guide wire was advanced into the radial artery lumen. The radio focus glide sheath was then advanced over the guidewire into the radial artery. A ‘‘radial cocktail’’ consisting of 200 mcg of nitroglycerin, 2.5 mg of Diltiazem, and 2500 units of unfractionated heparin was administered intraarterially. The procedure was completed using diagnostic coronary catheters.

All introducer sheaths were immediately removed. The sheath was pulled out 4–5 cm and a HemobandTM plastic band was placed around the wrist. The band was tightened after which the sheath was pulled out. The band was left in place till haemostasis, then slowly removed, and a light dressing was applied to the site. After removal of hemoband, Barbeau’s test was performed to assess radial artery patency status at 24 hours & 30 days . Patients in this group who had interruption of radial artery flow after haemostatic compression were recorded to have ‘‘occlusive hold.’’ The operators were blinded to these data at that time and hence no alterations were made.

The sheath was pulled out 4, 5 cm and a plastic band ‘‘hemoband’’ was placed around the forearm at the site of entry. A pulse oximeter sensor was placed over the index finger, the hemoband was tightened, and the sheath was removed. Ipsilateral ulnar artery was occluded and the hemoband was loosened till plethysmographic signal returned (confirming radial artery patency) or bleeding occurred. If bleeding occurred at the pressure required to maintain patency, manual compression was used.

Baseline clinical data for group I and group II are presented in Table 1. Both the groups were comparable for the distribution of age, gender, height, weight, creatinine, sheath size as well as prevalence of diabetes mellitus, hypertension, smoker and radial artery diameter (p>0.05).

Figure 1. Patent haemostasis leads to a significant decrease in the incidence of radial artery occlusion at 24-hr and 30-day follow-up. 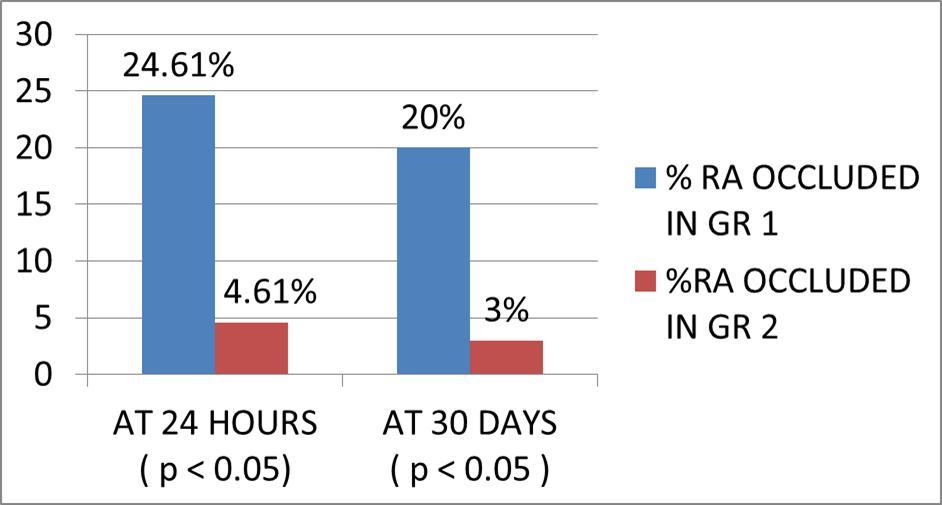 Table 2. Results of Bivariate Comparison of Patients With or Without Radial Artery Occlusion at 24 hours

A test of the full model in multiple logistic regression was statistically significant (for prediction at 24 hours and 30 days) (p<0.001). Negelkerke R2 of 0.419 at 24 hours prediction model and 0.415 at 30 days indicated moderate relationship between predictors and grouping. The overall success rate of prediction for this model is 87.7% at 24 hours & 90% at 30 days.

Bleeding complication was defined as blood loss from the access site leading to hemodynamic instability, transfusion, or death.

Trans radial approach is becoming the most preferred approach on both the patients and physician part for intervention because of several advantages over transfemoral approach like decrease in the bleeding complication, decrease in pseudo aneurysm or AV malformation, decrease in mortality 11, 12. In the present study the RAO rate was 4.6% in patency documented group against 24.6% in traditional group. This observation is consistent with the land mark PROPHET STUDY (8). The lower rate of RAO is explained by the fact that at the time of pressure haemostasis, flow at the puncture site was maintained in patency documented group which has prevented formation of the thrombotic plug. In current study RAO rate is very high in traditional group as compare to that in PROPHET study group both at 24 hours and at 30 days. This is because PROPHET study involved 3 different countries population (India, USA, PA) while in our study only Indian patients were involved. Western people have on an average higher body surface area as compared to Indians, hence they have larger radial artery diameter as compared to Indian. Apart from the variables used in PROPHET study, in present study we found that radial artery diameter is one of the important predictor of RAO.

At 30 days, out of total 19 cases that had occluded radial artery at 24 hours, only 4 cases subsequently resumed patency in current study. It indicates that maintaining the patency at the time of the haemostasis is the most vital factor to prevent RAO. So for the prevention of RAO, screening of at risk patients should be done preprocedurely like advanced age and those who have smaller radial artery diameter. But once the procedure has been done the only variable which can prevent the RAO is the method of haemostasis. Not only this but also it is a very safe, most universally applicable method, not limited by any other systemic co morbidity, as none of the patients in our study developed any complication.

As most patients with coronary artery disease will need more than one catheter-based procedure in their lifetime, harmless strategies to prevent occlusion at the occasional expense of extra staff time appear to be worthwhile, to repeatedly enjoy the safety and comfort of TRA.

Patent haemostasis is successful in significantly lowering the incidence of radial artery occlusion after TRA, without compromising haemostatic efficacy.